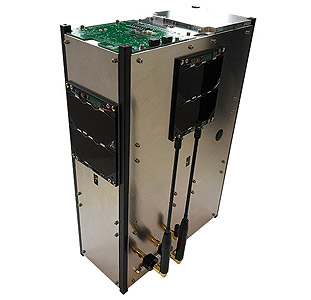 NAPA 2 or RTAF-SAT 2 (Royal Thai Air Force Satellite) is an earth observation nanosatellite built for the Royal Thai Air Force. The main payload is a Gecko Imager, from the South African company SCS, capable of imaging in the RGB-band with an approximately 39m ground sampling distance from the typical Low Earth Orbit. There is also a secondary payload, which is a demonstration model of the TriScape 100 Imager from developer Simera Sense, with a target ground sampling distance down to 5m from the typical Low Earth Orbit.

Eelke Survey
Most Recent Observers
Data Frames Decoded - 30 Days
There is no decoded data for this satellite in the last 30 days.
No Decoders Found
Help us develop a decoder, you can find instructions at this wiki link
Orbital Elements
Latest Two-Line Element (TLE)