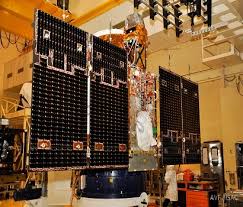 CartoSat 2D is the fifth in India’s second generation of CartoSat Earth Observation craft tasked with the generation of high-resolution imagery, employing a high-degree of agility on the satellites to support event monitoring with high revisit times.

The CartoSat-2D launch follows up on the CartoSat-2C mission that launched in June 2016 and is a nearly identical copy of the 2C satellite, carrying the same instruments and operating from a similar orbit. Previous CartoSat missions used a Sun Synchronous Orbit 640 Kilometers in altitude while the newer ones fly at 505 Kilometers in order to increase the resolution of the panchromatic and multispectral cameras aboard the satellites.

No observations recorded for CARTOSAT-2D