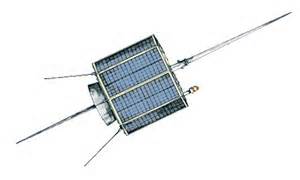 AMSAT-OSCAR 7 was launched November 15, 1974 by a Delta 2310 launcher from Vandenberg Air Force Base, Lompoc, California. AMSAT-OSCAR 7 contains two basic experimental repeater packages, redundant command systems, two experimental telemetry systems, and a store-and-forward message storage unit. The spacecraft is solar powered, weighs 65 pounds, and had a three-year anticipated lifetime at the time it was launched, but it has far outlived this expectation. It contains beacons on 29.50, 145.975, 435.10 and 2304.1 MHz. AO-7 became non-operational in mid 1981 due to battery failure . In 2002 one of the shorted batteries became an open circuit and now the spacecraft is able to run off solar panels.

No observations recorded for OSCAR 7